First Taste of Victory in the Crags Race!

The Crags race is an annual event held as part of the Strathaven Gala Week. It’s approximately 3.4 miles long and is mainly contested by locals. I have to admit I was quite confident going into this race as I came 3rd last year and have done a lot of serious training since then for the marathon. The course is fairly undulating and starts uphill but there is plenty downhill parts towards the end as well. 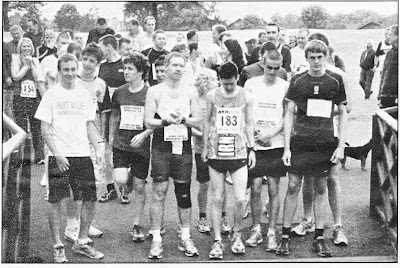 Photo from the Strathaven Echoes


As planned, I started in the leading pack. I let two runners keep going a bit ahead of me, as they seemed to be going at a fair old pace that I wasn’t prepared to copy. However the 2nd bloke must have set off a bit too quickly as it wasn’t long before I caught him and got a decent distance between us. The guy ahead of me was off like a shot and I was beginning to wonder if I would ever catch him. But I could still see him, and see him I did until the end of the race. After approximately 2.5 miles the gap began to narrow to the point that I had confidence again that maybe I did have a chance. I could see that he was struggling and I was managing to maintain my pace, if not increase it. Then we came onto Lethame Road, with about half a mile to go, and I took my chance! I knew he was struggling so I just kept going to get a bit of distance between him. He did make a valiant effort to keep in touch but before too long I sped off into the park and through to the finish line. 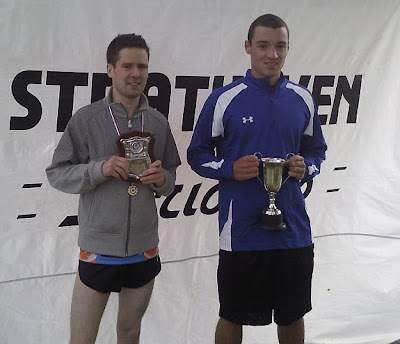 There was even a prize giving at the end where I was presented with my winner’s shield! Only disappointment was that there wasn’t a finishing line ribbon for me to breach!